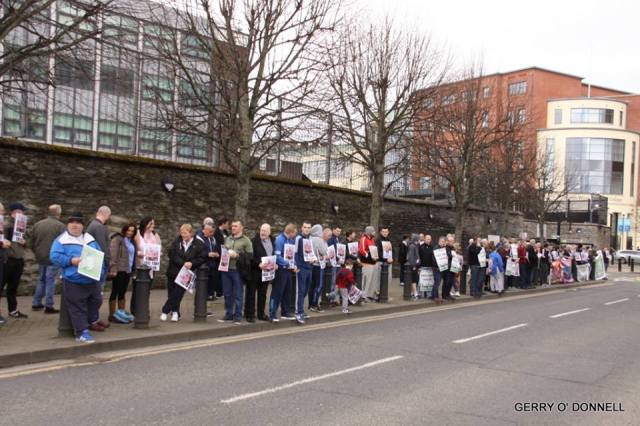 Anarchists in Derry, once again joined with the relatives, friends and comrades of Tony Taylor, a local republican activist from the city who has been interned by the British State for one year.

During Saturday’s demonstration activists from a number of other political organisations and none also helped mark the anniversary of Tony Taylors detention in support and solidarity with his partner Lorraine and family.

The occasion was also used to highlight the current situation across the six countries in which activists can be selected by the state and removed from their loved ones and community simply because they hold an opposing pokitical opinion to what they would like you to have.

No matter what the views of Tony Taylor are, as anarchists we will continue to support him and his family’s ongoing fight for justice by demanding his immediate release as this fight, above all else is a human rights issue of which everyone should be concerned about.

We totally reject the disappearance and imprisonment of all political activists and will continue to do so by taking to the streets along with others equally concerned with human rights, just as we have done so countless times before for Tony as well as other activists in the past. It is vital that everyone and anyone interested in human rights must speak out against Tony Taylor’s imprisonment and demand an end to this and other States practice and use of internment. Demand justice and freedom for Tony Taylor!

What follows is a statement issued by Lorrine Taylor yesterday on the anniversary of her partner’s imprisonment. 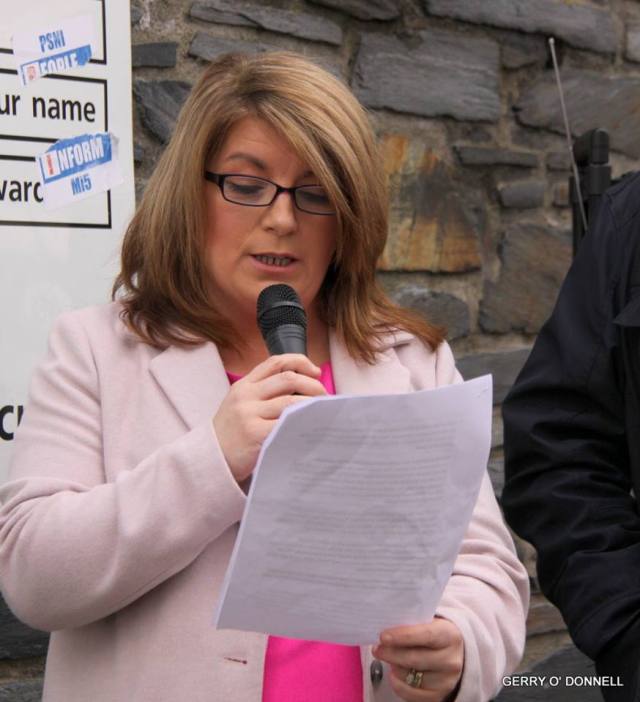 “I can’t believe its a year today my husband Tony Taylor was illegally taken away from us by the PSNI without any explanation while were out on a shopping trip with our children in our home town .we are told his arrest was based on unaccountable intelligence supposedly provided by the security services. And that is all we know .I believe this is an abuse of power and an infringement of Tony’s human rights .And yet that has been enough to deprive a citizen of this citizen for a full calendar year .Shocking yet over the past year my family have been kept under constant surveillance by the police .They know I’m not a political activist but I will fight for my husband’s human rights and I won’t stop until I get justice for him .please help us fight for Justice my children need there daddy home .love and miss him loads xxxx”