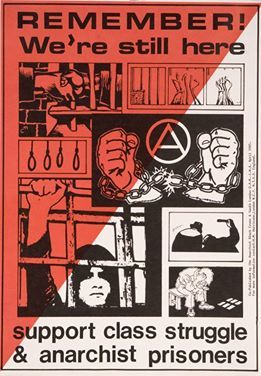 Now it has expanded and groups are found in many countries around the world including here in Ireland. We support anarchist and other class struggle prisoners, fund-raise on behalf of prisoners in need of funds for legal cases or otherwise, and organise demonstrations of solidarity with imprisoned anarchists and other prisoners. If you know of any one inside who would like to be added to our prisoner lists, or you would like to get involved then please email us: